The main reason I haven't been Pathfinder building is because we have been sailing! I also put my hand up to help coach sailing this year. It has been awesome taking 11 young sailors to the Opti Nationals at Worser Bay.
We have had a great couple of summers. When I started building this boat one of the ideas was to teach my family to sail in the Pathfinder. I had the good fortune instead to take my son to 'Have a go day' at Kiwi Sailing School. This rapidly escalated into a week long learn to sail course and membership at the Waimakariri Sailing club. On joining the club we were given the Canterbury Yachting Handbook which had all the sailing dates for the 2007-08 season. At the end was the Optimist Nationals. A few inquiries later it was obvious that it would be possible for my son to enter the beginner 'Green Fleet'. So after the months of training at the Naval Point Club he enters and WIN's out of the fleet of 40. He is a great sailor who is prepared to put in the training.
It was enough motivation for me to buy a Finn so I could race too. Even my wife wanted to rekindle her youth so she got a Europe.
So this season it was his sister's turn. She joined Learn to Sail and very quickly was involved in a Learn to Race program too. It wasn't long before she was doing well. She won the South Island 'Green Fleet' in a fleet of 40.
Both kids went to the 2009 Optimist Nationals and did extremely well. There were 189 in the open fleet and about 60 in the Green Fleet. Both won their age groups. Patrick top 11 year old and beat all the NZ 12 year olds and Carmen was top 9 year old too.
So the moral of the story. I think they will be teaching me to sail. As you can see my Finn Sailing at my National's didn't go quite so well. It was still a ton of fun and the competition was great. Spend a lot of time up side down in the 25-30 knot gusts. I was spinning out just like a P class and a few death rolls to windward too. 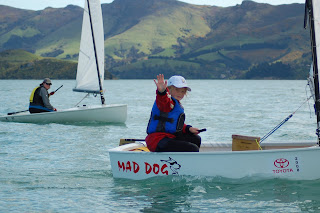 Carmen and Kelly at the beginning of the season. Europe and Opti 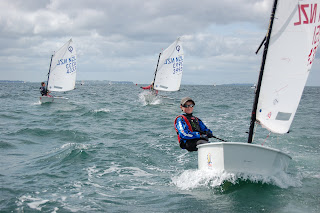 Patrick keeping the bow up... 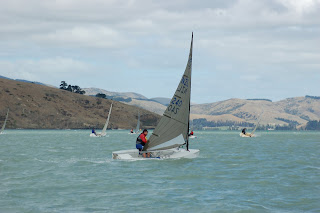 Finn Nat's 2009. A lot of boat's ahead of me after capsizing 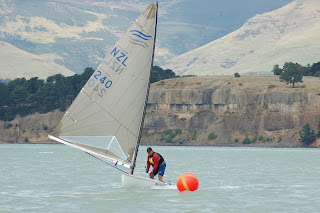 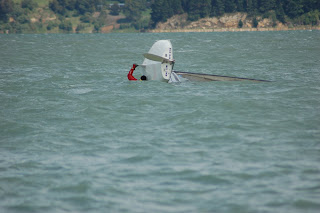 These are photos taken last April. So time to clear up garage, get some room on the bench and get back into it!!! Tomorrow aye! 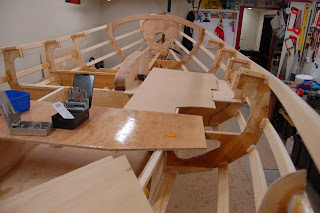 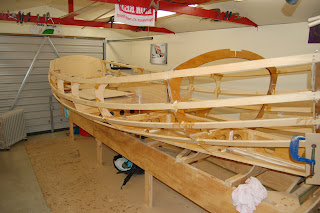 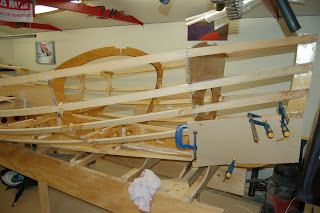 Other stringers added in one night. Test MDF clamped to lower stringers to look at twist in bow. 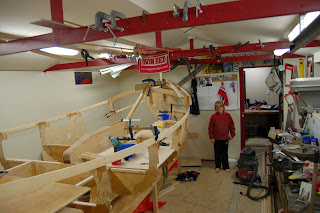 Top Rail Clamped and screwed
Posted by Brian at 12:22 AM No comments: 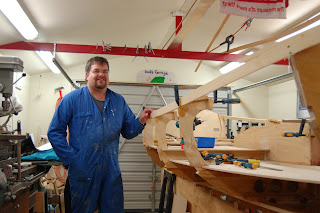 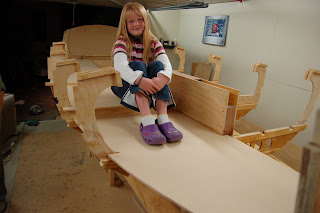 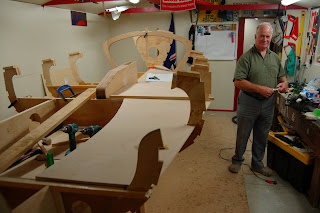 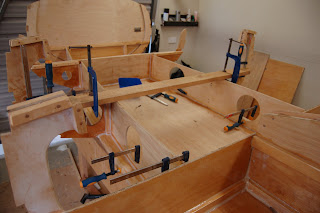 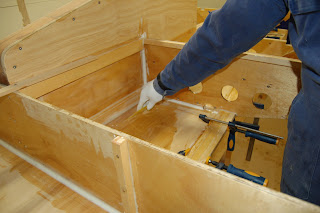 Lots of filleting
Posted by Brian at 4:25 AM No comments: 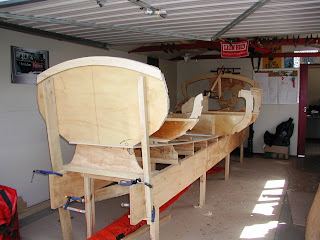 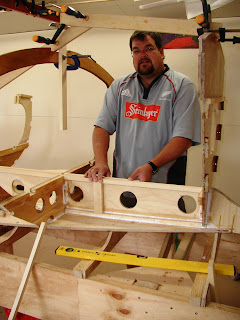 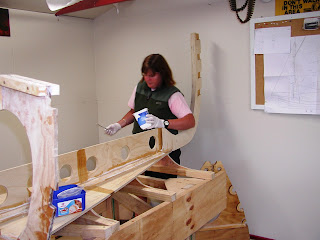 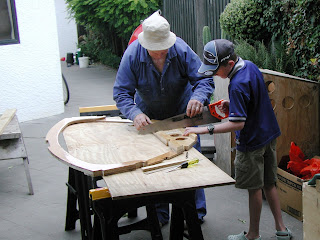 Sawing Frame two slot
Is it really that long ago I worked on the boat!

Pictures explain the actions we were doing. Three generations working on it at one stage.
Posted by Brian at 3:47 AM No comments: 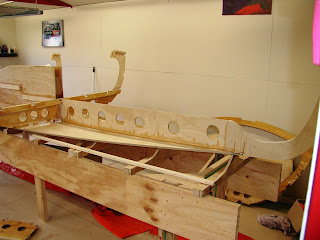 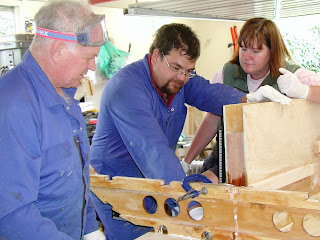 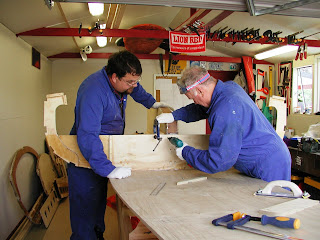 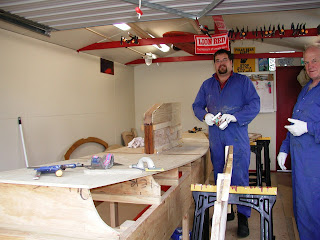 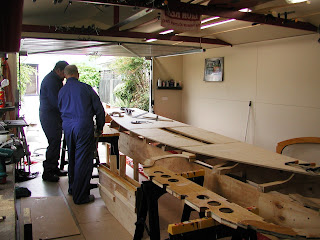 Bit slack updating pics. Anyway here are a few of finally putting centrecase and centre frames in place. Dad and wife on deck to help.
Posted by Brian at 3:20 AM No comments:

Wow! Look where you are from...